On February 25th during the FabMeetUp #6, Escaleno has been elected as the best project by the whole audience after its 5 minutes pitch presentation. 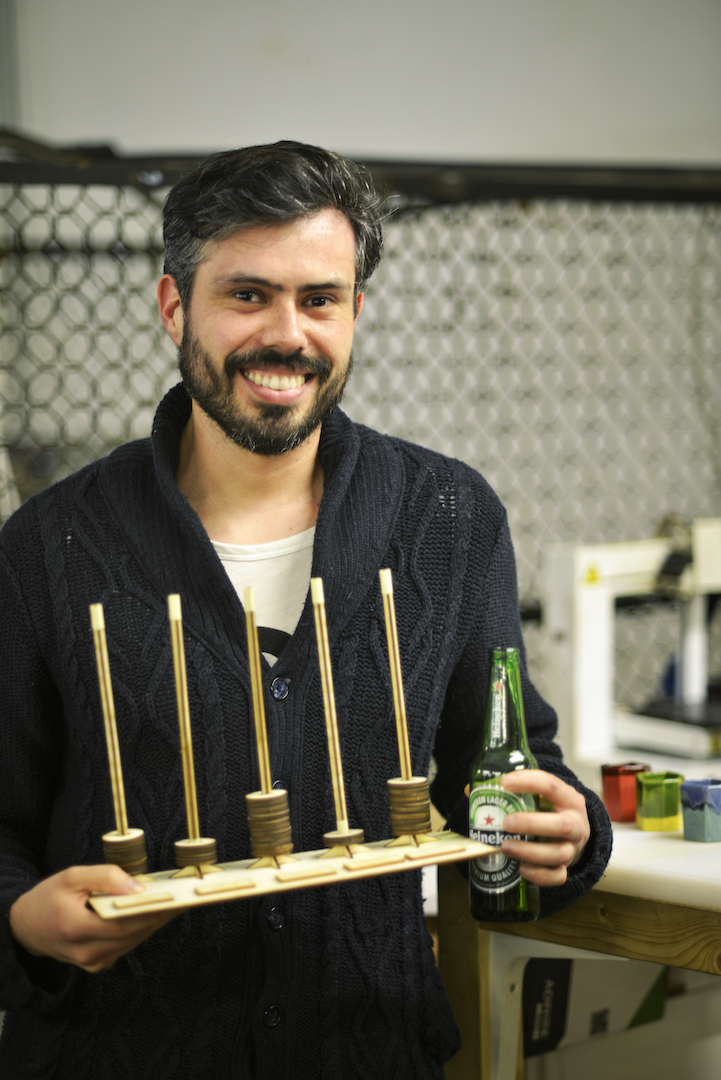 Through an introduction to his Escaleno projet, discover Andrés Gallardo’s, a young chilean designer and its sensitive approach & creation process. 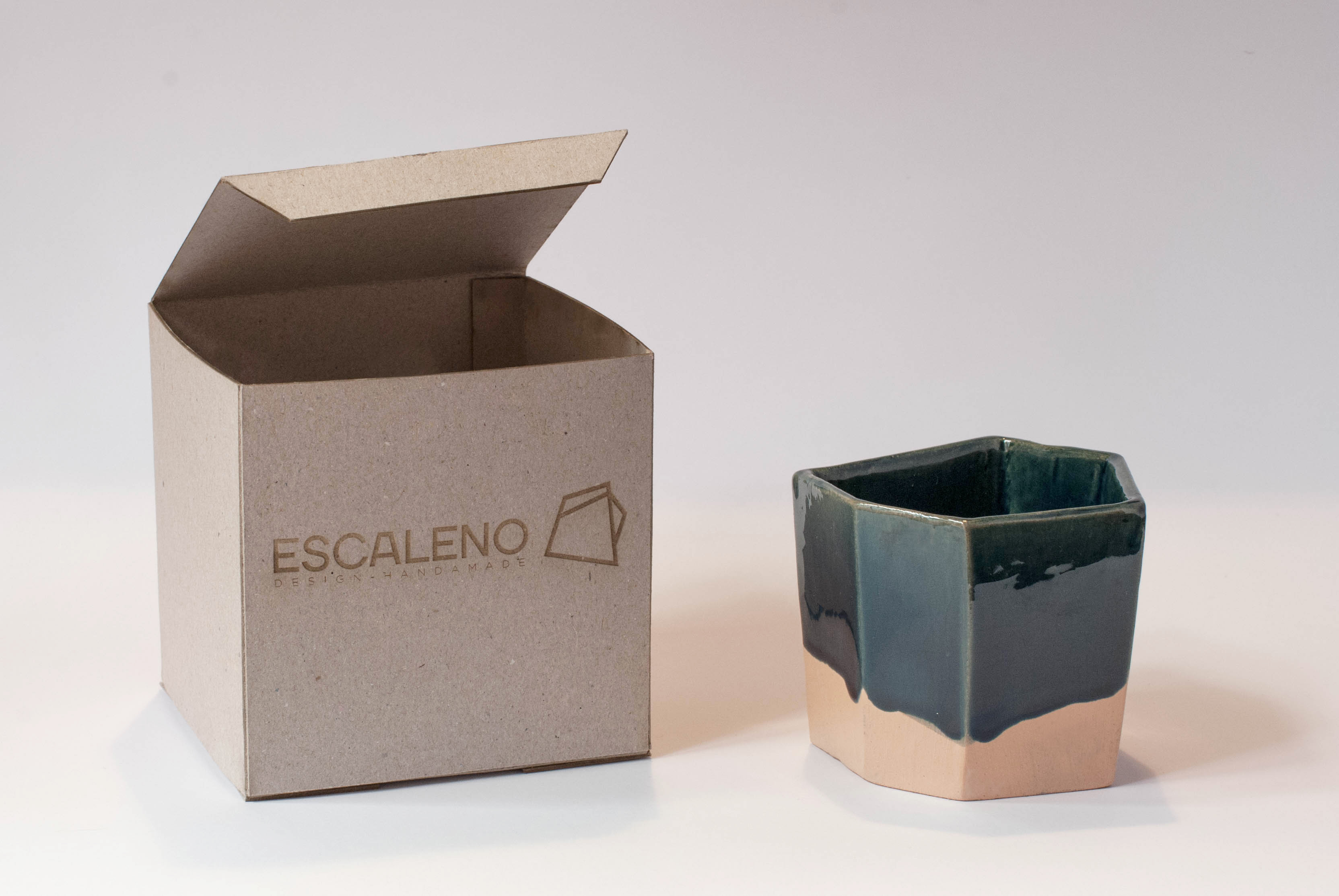 "This is a reflection about design processes, research and production of utilitarian stoneware pottery by using traditional techniques, instead than technical processes for mass-produced objects. These objects establish a relationship with the personal design process, based in what I observed in different cities, for the generation of products with symbolic content, articulating signs that create identities based on the proposition of structural morphologies of minerals. 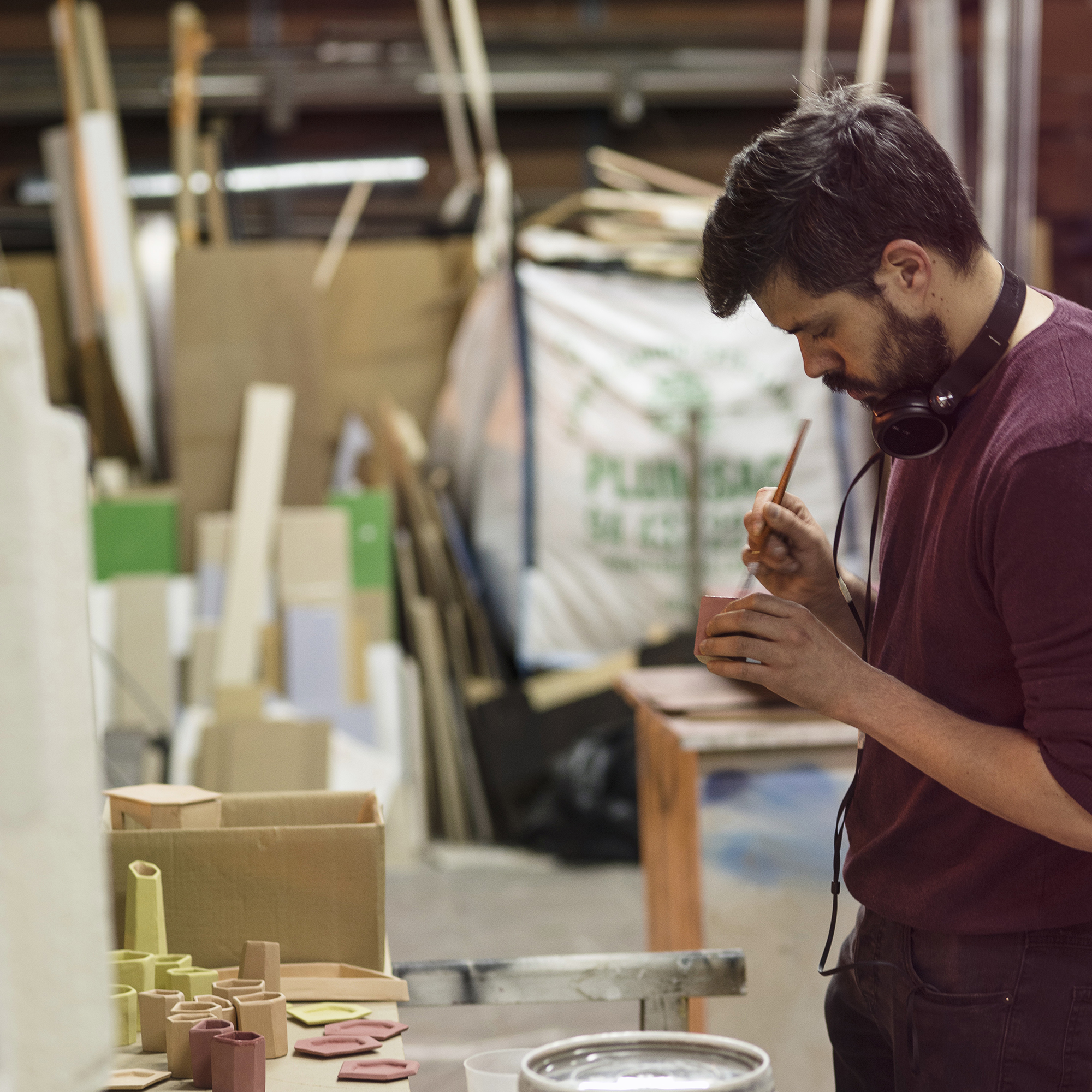 As a Chilean designer, I am motivated on giving the value to the craftsmanship, recovering it from the analysis of the environment situation, interpretation of the user and material experimentation – this activity as an expressive enginery of identity and commercial processes, understanding the process and methodological design models as catalyst elements comprising to enhance craft practices and research for the development of local identity. My increasing interest in the mineral elements arise because of the work developed during a period in which I was a researcher designer in the major mining area of Chile. In the wake of, I realized formal studies of some minerals, taking into account its geometry and composition. The fact of merging ceramic with minerals, taken directly from the ground, added with the asymmetric elements, opted as a differentiator for the production of a set of kitchen stuff titled in the first instance as "Terrestrial link modules". 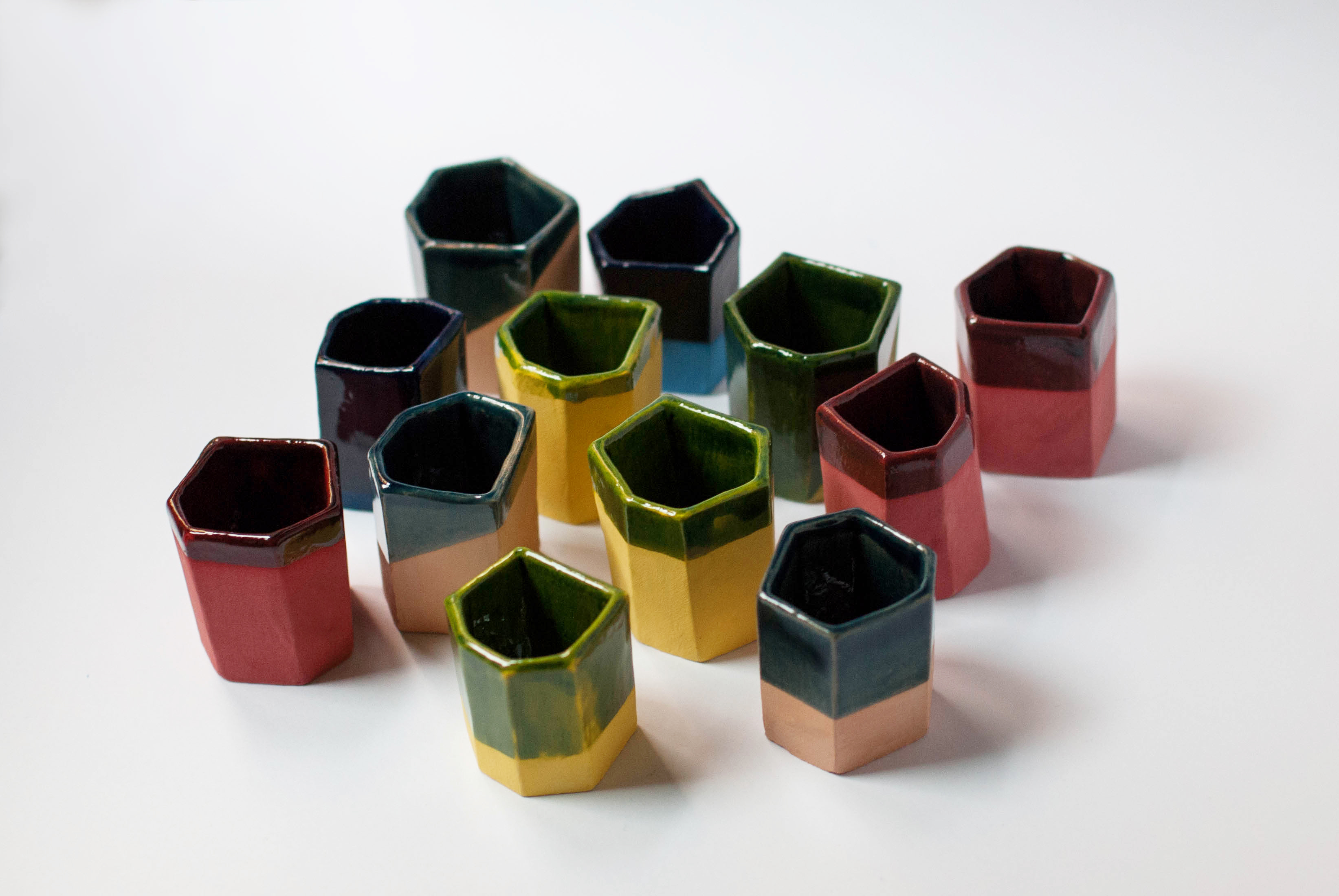 The texture and plasticity, the haptic, the discharge and recharge of energy, the color and transformation. They are concepts that attracted and introduced me into the world of ceramics, the caracteristic to make and remake as many times as necessary in search of the imagined. For me, pottery has been an activity that cures and makes me understand the process, it makes me be more patient and therefore being aware of me and the processes I applied. 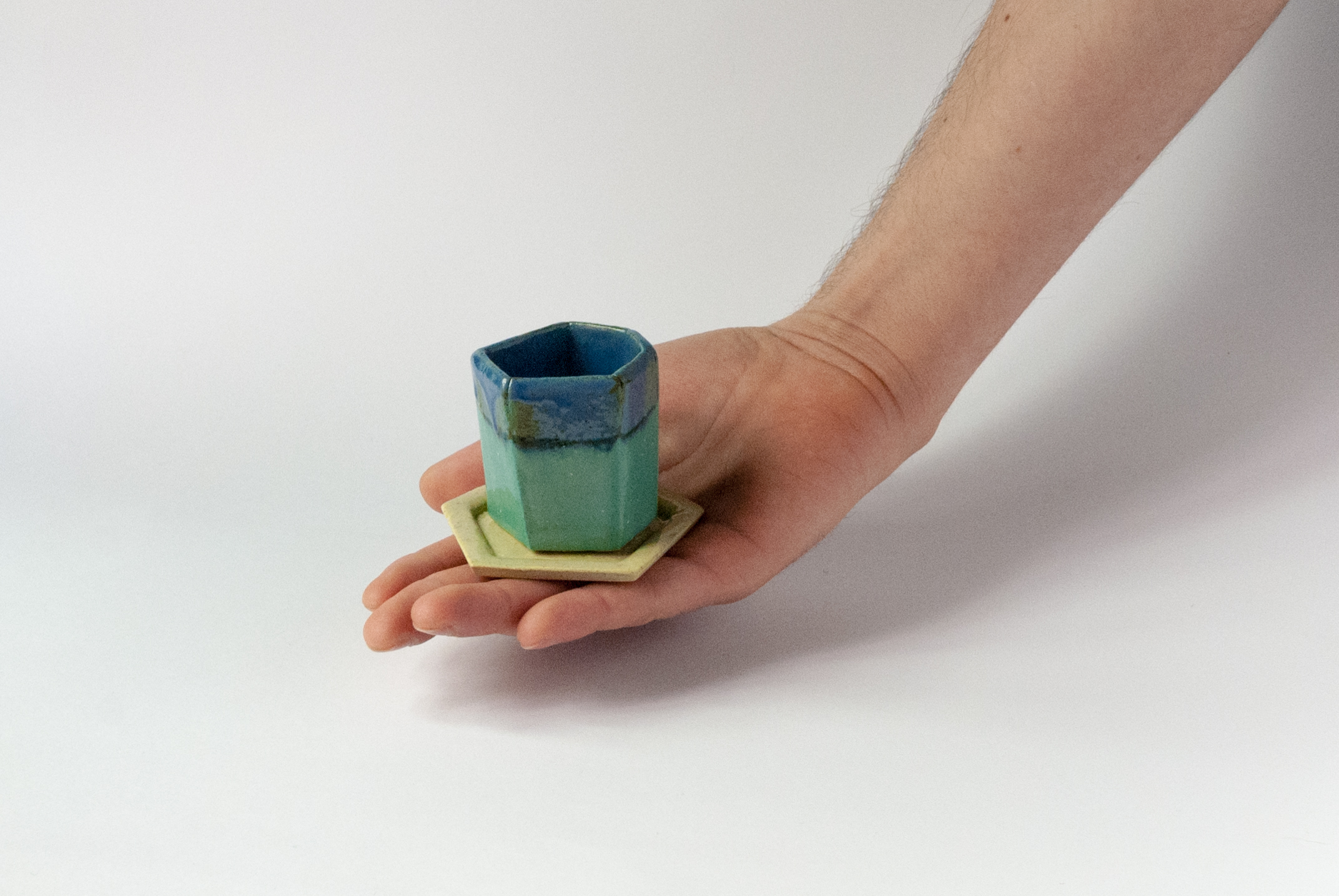 The pieces have the characteristic that no plate or element is the same with another, I could tell they are mathematically different, becoming fractals, whose basic structure is fragmented or becomes irregular, and its repeated in different scales. As it is the essence of the natural, about the organic, about the only thing which in this case is represented by the design of a functional object such as cups, teapots and coffee pots. For the creation of these pieces, I used stoneware because of their aesthetic appearance and its last finish, approaching to the organic, to the first harvest, becoming a tractor being of ideas for final finishing of the piece, making visible the porosity of clay and natural pigment (in some cases). 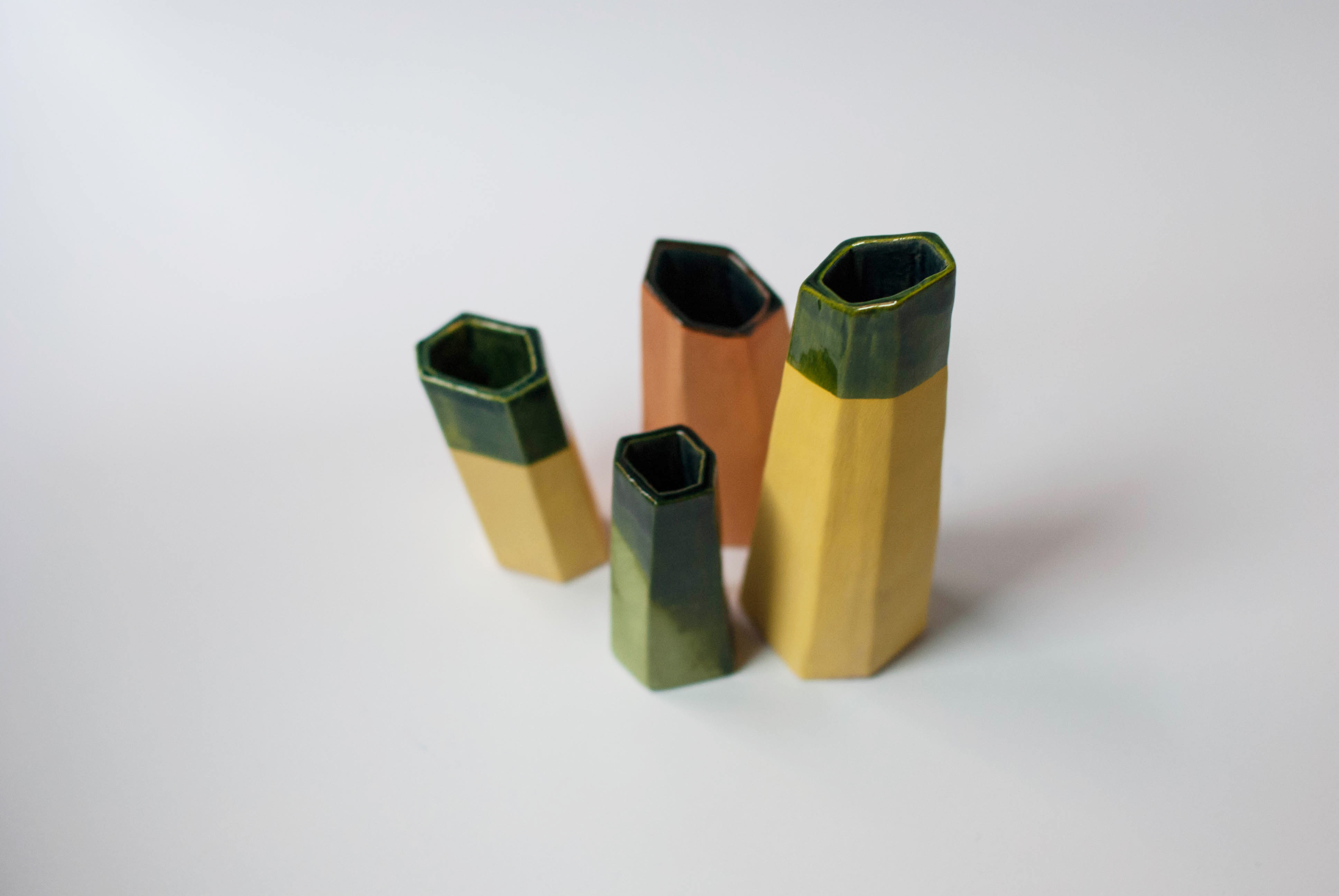 I also experimented with glazes and enamels, becoming a total surprise when the pieces where out of the oven, more if we consider that because a mistake, not expected colors where the result of the mix between the glaze and the enamel. In this way, the axes of my proposal are guided to produce art pieces and everyday ceramic objects, taking into account the trends related to the promotion of such practices. My creations is also generated by a process of reflection, analysis, selection, creation and production of various morphological data collected and conceptualization of the minerals studied, as well as the experimentation of technical, visual and object-based procedures. 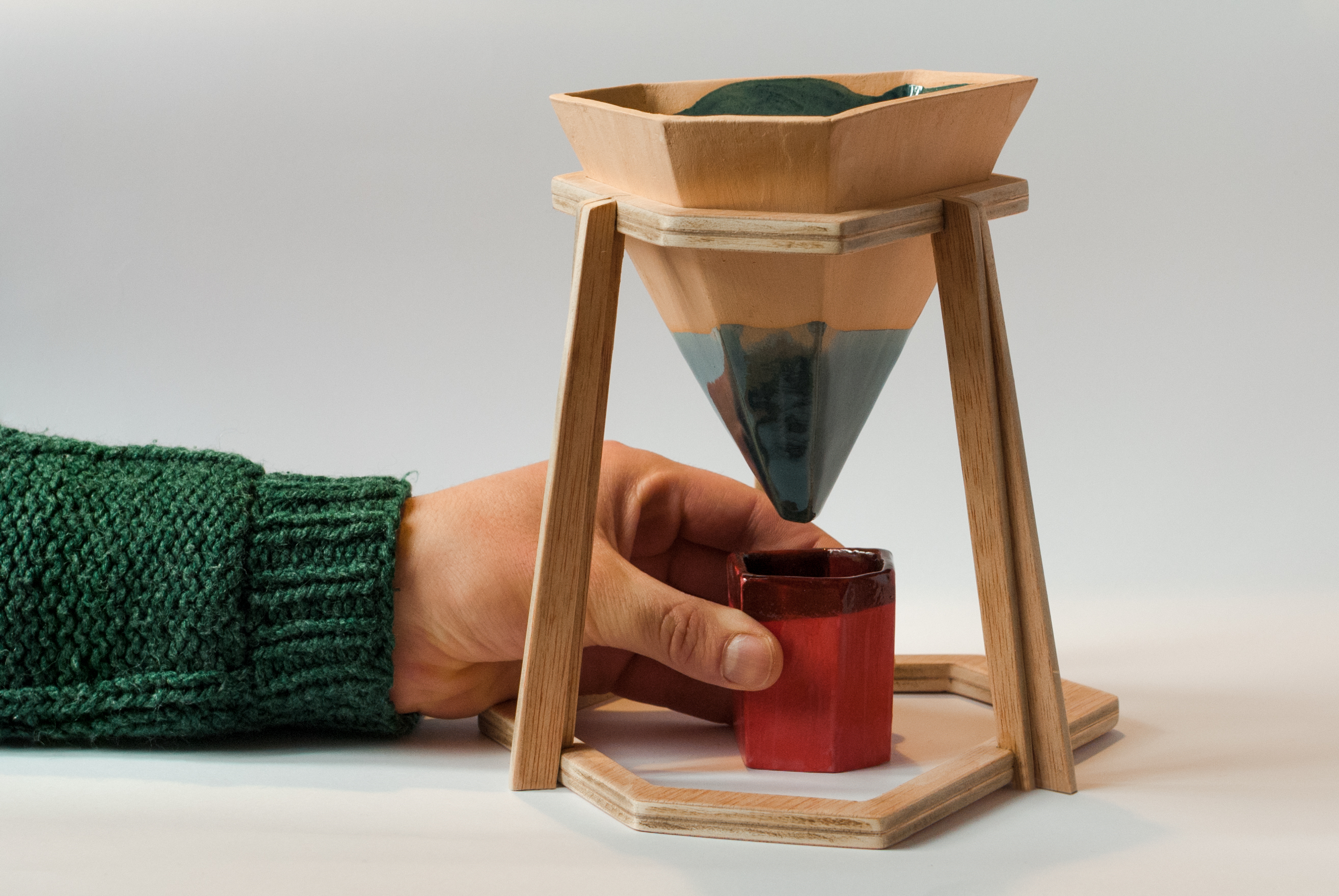 Come to meet FabCafe’s makers community at the next FabMeetUp#7 on March 30th.  FabMeetUps are free and casual events happening once a month at FabCafe Barcelona. They aim to gather and promote local creators, innovators, entrepreneurs, investors and curious souls. 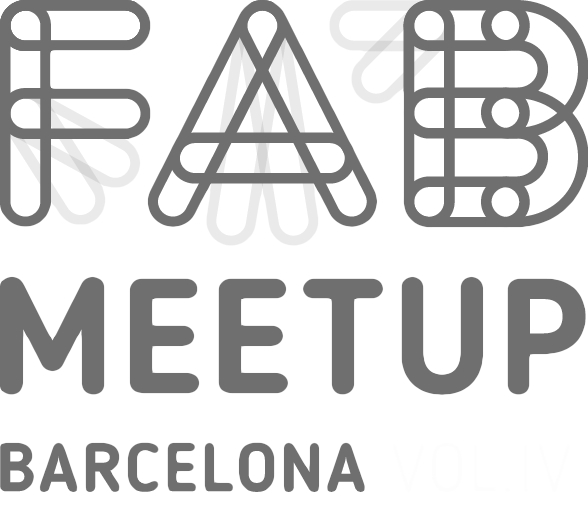 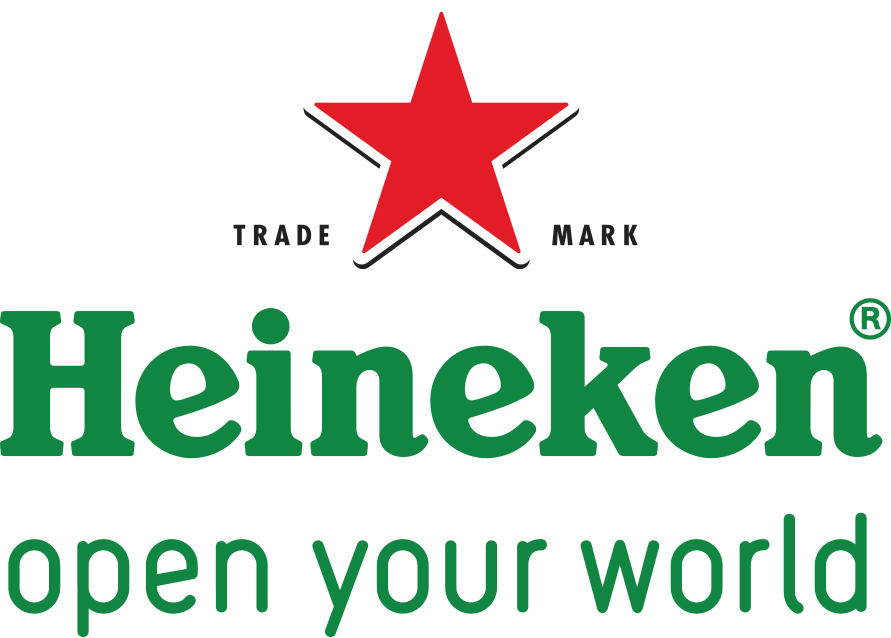