The YouFab Global Creative awards are back for 2016!

The awards, which are being held for the 5th consecutive time this year, recognize and celebrate creative works and inventions that stem from a powerful collaboration between digital and physical fabrication. This is based on the concept that Fab = creativity transcends and combines the digital and physical realms.

Organised by FabCafe Global, the awards are this year managed in Spain by FabCafe Barcelona. 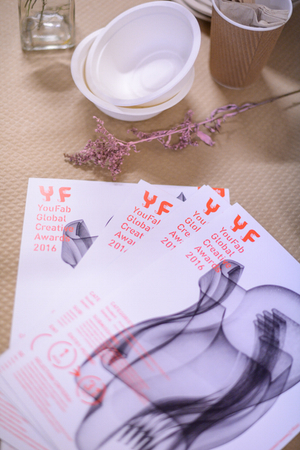 Mariko Suzuki, from FabCafe Tokyo, Mitsuhiro Suwa, CEO of loftwork, and Taishi Kamiya, representant of Yamaha, have come from Japan especially for this event. 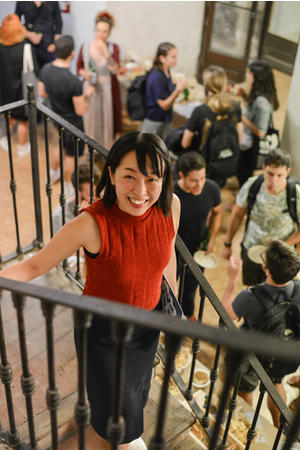 The celebrations started with a workshop mentored by iMe and imagined around the Yamaha prize theme “The switch to your emotions”. Within 5 hours, the participants had to prototype an object able to impact on feelings and/or senses.  Drawing on a methodology of “speculative design” that constantly re-questions the fundamentals of design (“what if…?”), they got introduced to a sketching app’ and to the use of digital fabrication machines.

At the end of the short hackathon, the participants had all developed a prototype. Among them, a system enabling to transcribe the sense of touch to fingers will be submitted for the Yamaha prize. From 7:30pm, while the workshop was still running, the Fab&Feel party started. Around 50 persons came to listen to Mariko and Taishi’s presentations of YouFab and Yamaha prize. Cecilia Tham, founder of MOB, then presented her vision of prototype thinking and how this method can help everyone to innovate in a fast and efficient way. While sipping a few beers provided by Heineken and degustating the delicious dippings of Milk&Co, the audience discovered the projects of last year finalists System Design Studio and Formbytes. The story of their participation in YouFab 2015 demonstrated how easy and rewarding it can be to register your project into the competition.

So stop hesitating, celebrate creativity with us and submit now your project to YouFab Global Creative Awards.

The submissions are opened until October 31st.  Find more info and all the conditions at: http://www.youfab.info/2016/entryinfo.html 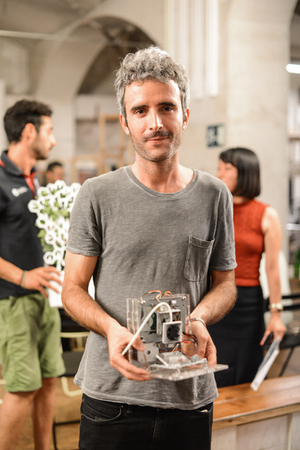