The range of the potential application of Virtual Reality (VR) is beyond imagination. VR is not only interesting, but can be leveraged to improve human life in an influential way. Now, you don’t have to be a passive receiver. With the convenient and easy-to-use cloud platform STYLY, everyone can easily create their own VR multimedia content anytime, anywhere!

In early 2018, Loftwork held the first meeting with designers at FabCafe, a digital fabrication coffee shop, in Taipei, Bangkok, Barcelona, ​​and Tokyo. At the meeting, attendees shared knowledge about STYLY and listened to the ideas of design artists. From there, planning of the half-year long event began: “NEWVIEW AWARDS 2018” .

On the evening of June 22nd, an opening party was held at FabCafe Taipei in Huashan 1914 Creative Park. At that time, one of the judges, Agi Chen (Director of Image Design at the Opening Ceremonies of the World Games), shared her experience of VR application. Participants of the opening party marveled at the two VR Booth experiences which they could try out for themselves.

Combining reality and VR from discovery to interaction

According to Tim Wong, Head of Loftwork Taiwan, the name of NEWVIEW references not only VR’s use in video games, but also in various fields such as fashion, culture and art. From intangible ideas to implementation, to actual touch interaction, VR can create a lot of incredible, even transcendental spatial possibilities thus providing new horizons. VR creators can imagine how to shape another reality, recombine the virtual and real-world environment, and use the tool to put the experiencer into the story environment, even allowing the user to interact with the virtual world as part of the plot.

For example, a VR environment can be designed to control a variety of angles of an exhibition space. Size limitations that could not realistically be exhibited can be displayed, media reporters can use VR-depth on-site at critical moments such as during protest marches, war, or during a natural disasters. In this way, VR can provide the audience an opportunity to experience current events with more comprehensive live coverage.

Tim also revealed that in the future, Loftwork will plan more workshops and collaboration efforts with designers, photographers, and other artists to share the innovative VR experience and hopes that Taiwanese creators will also participate in the contest. 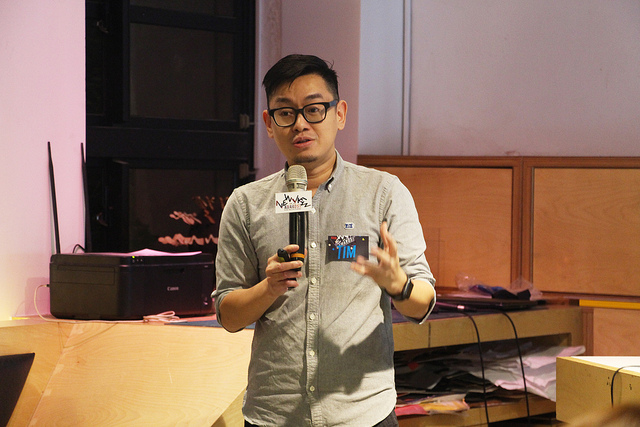 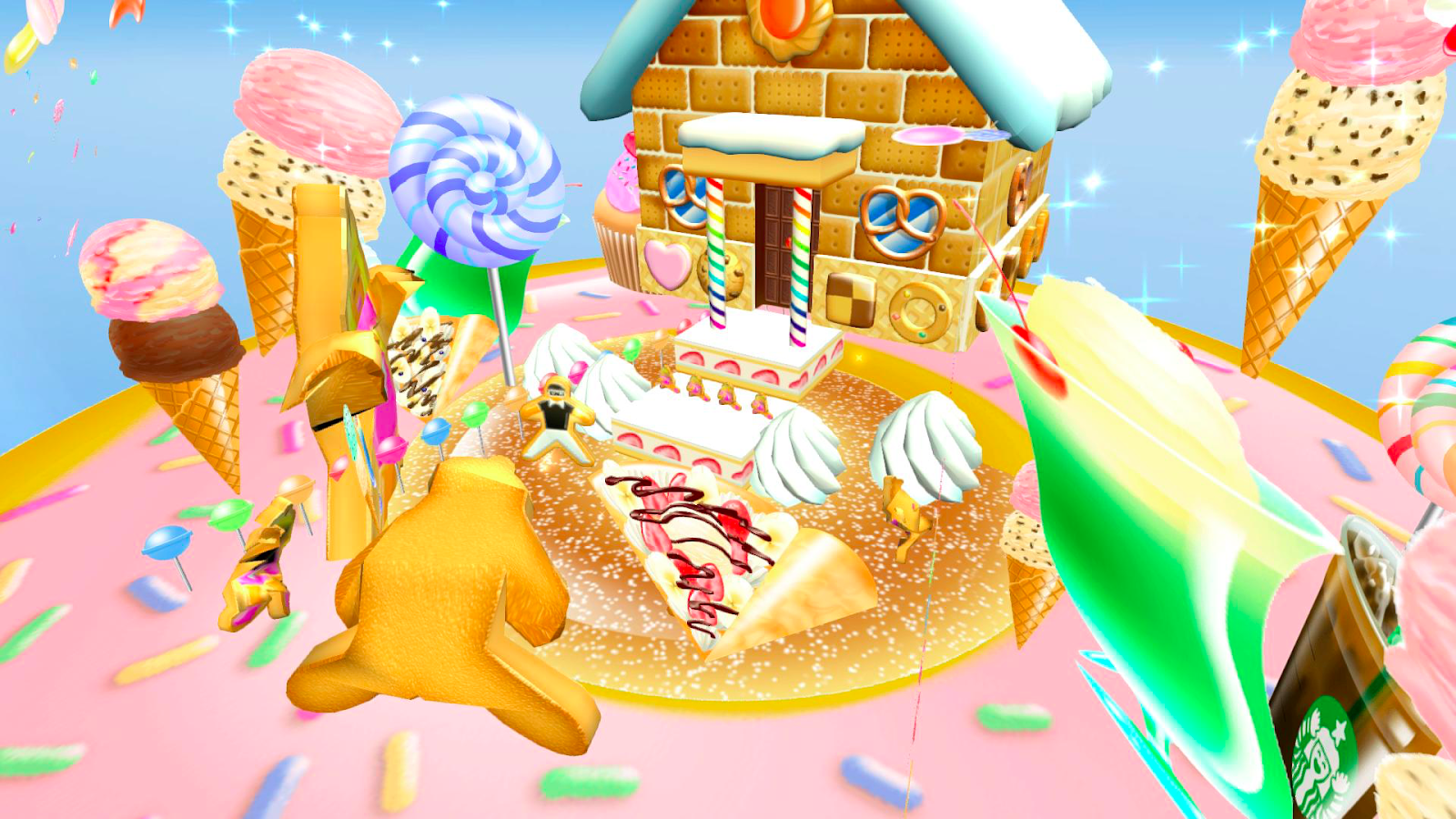 STYLY, a cloud-based VR contents production platform, invited FabCafe Taipei to participate in the opening party, hosted on behalf of Sajid Khan (Global Manager, Psychic VR Lab Co. Ltd). Currently, the VR market share has reached 5.2 billion US dollars, and is predicted to expand to 162 billion US dollars in the next 3 years. Covered areas will include not only video games but cultural areas, medical, engineering, business and a variety of other fields.

The purpose of the STYLY platform is to make it so that more people can quickly and easily get started on making VR contents. Because the host is set in the cloud, users do not need to download any software nor learn any coding. Users can learn to create their own VR content through mobile phones, computers and other devices. Contents can be directly imported from Facebook, Instagram, Youtube and other platforms. The works can be freely shared to anyone, and the STYLY service is completely free. Everyone is welcome to try! 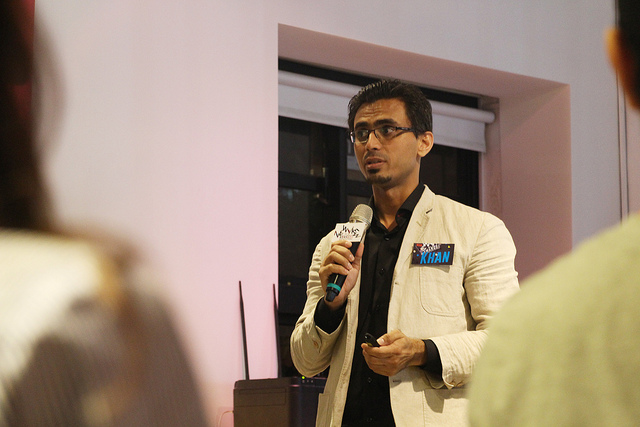 The art of immersion, content innovation is the key to success

One of the judges, Agi Chen, has participated in the Taipei 101 Lighting Fireworks New Year Show, the National Day of the Presidential Palace, the opening ceremony of the World Games, and the Taipei Light Festival. She advocates that new media will change the sense of time in the online community.

“The new media continues to break our concept of time. For example, Youtube can cut in at any stage for the user therefore changing the mastery of time. For the creator, it changes the default way of time, such as everyone Can be a live broadcaster.”

Chen Yijie said that artworks may not be placed in art galleries. They can also occur in any medium. All elements communicate with each other, involving various fields of professional cross-border cooperation and exchange, integrating images, lights, sounds and other information, people, space, VR. Assembled into a new and interesting event with the script, for example, in the light sculpture of the building, adding the voice of the teacher Yang Xiuqing, the saver of the traditional art rap (singing songs), and immediately rendering the temple-like narrative space.

“Not necessarily a huge production, VR is like a movie, it is about the art of immersion . The script of the story is the ultimate core, and it is a common memory of empathy,” Chen Yijie said. 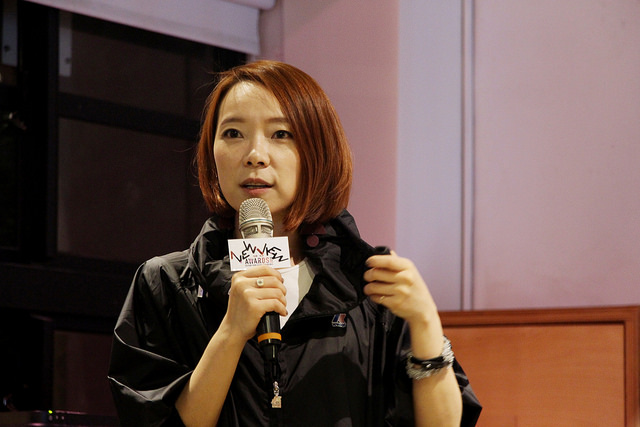 Chen Yijie, the judge of this year’s NEWVIEW AWARDS. With a wealth of experience created by individuals, share your expectations for future VR works.

The “NEWVIEW AWARDS 2018” enrollment will be held from June 1st (Fri) to July 31st (2nd), noon (Japan time).
For those who are interested in applying, please visit the event page. 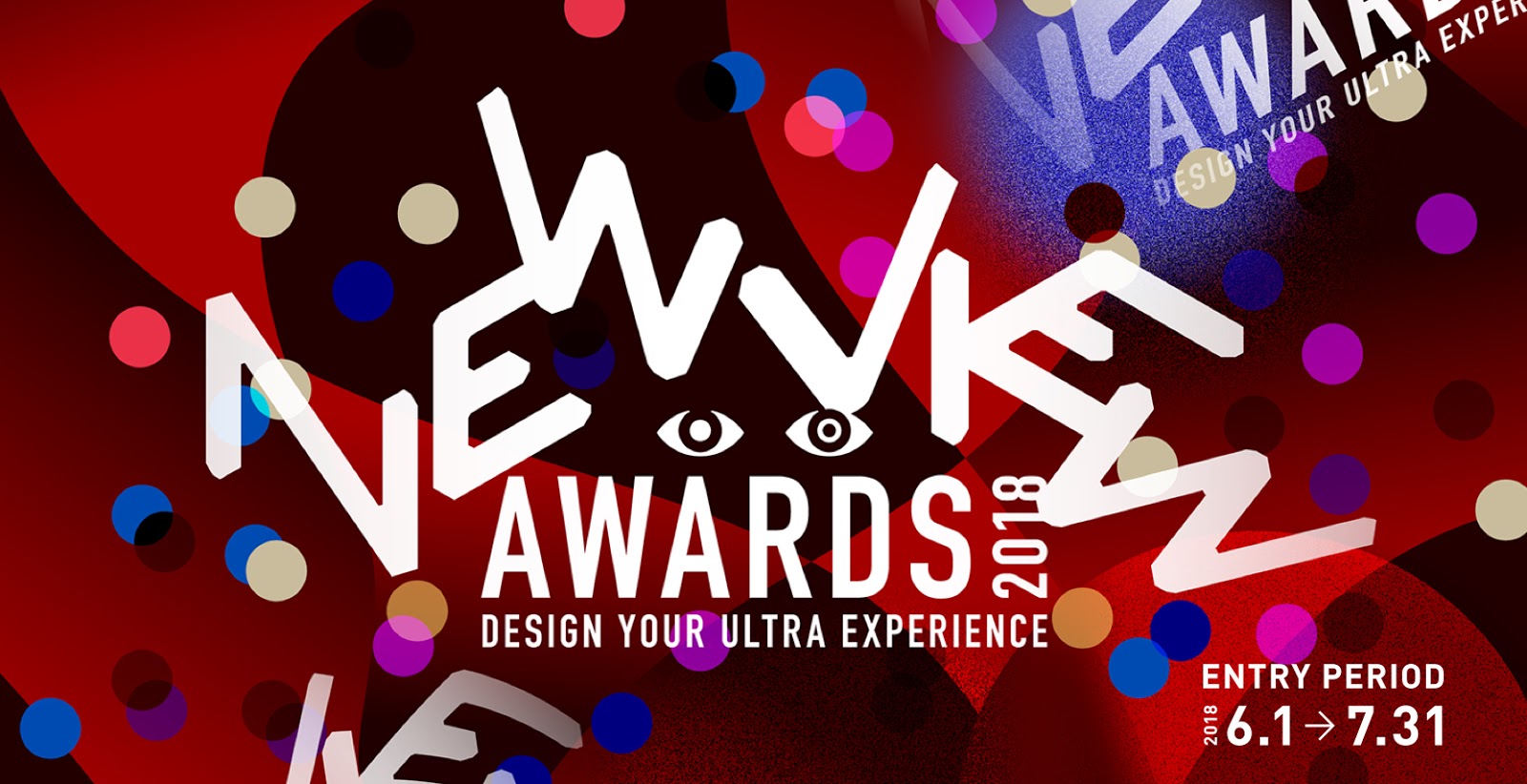 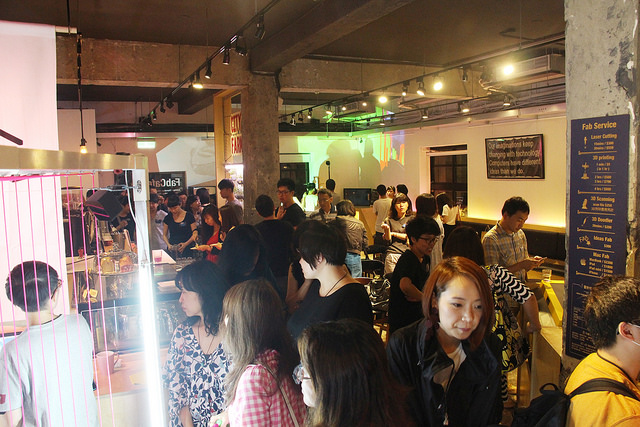 Friday night, chatting with creative people from all walks of life. Exploring how VR can extend to experiencing fashion, culture and art in a new and exciting way. 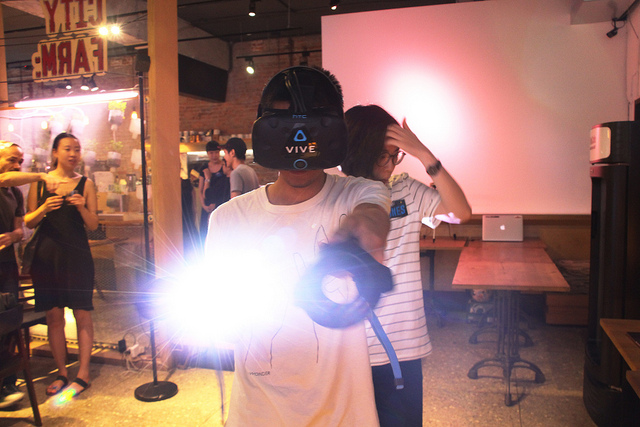 Innovate and influence your own VR experience with your imagination! 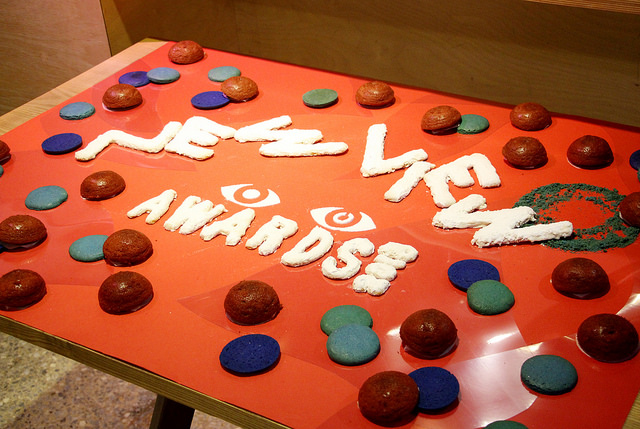 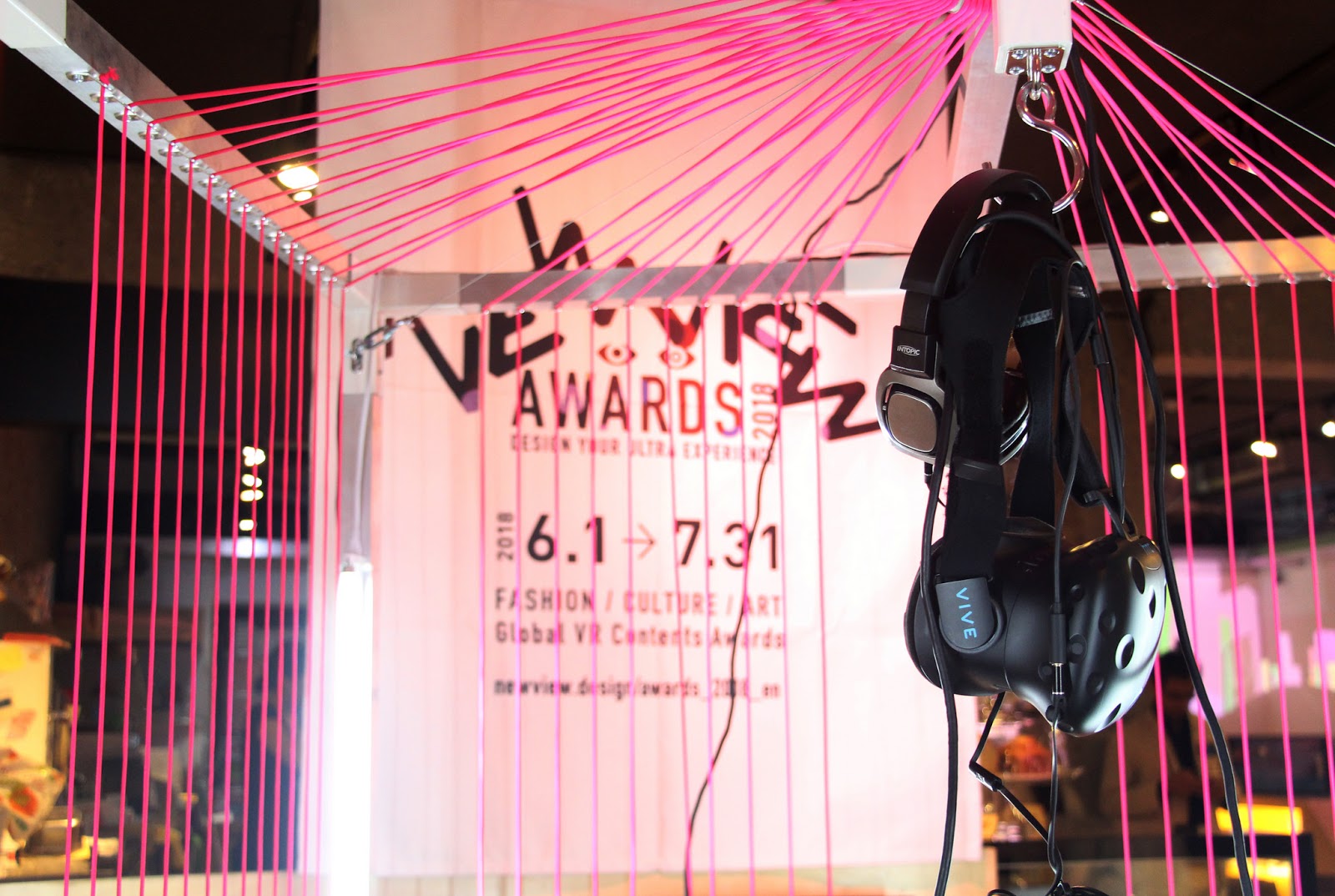 From now until 7/31, you too can use the hTC VIVE VR goggles to experience VR at FabCafe Taipei from 2pm to 6pm daily.