Creators in 5 Cities Drew With Takeout Cups as their Canvas

In October 2015, Drawing to Go, an event where you can draw on a takeaway coffee cup, was held in FabCafes around the world. FabCafe hosted the event in five locations in Tokyo (Japan), Barcelona (Spain), Bangkok (Thailand), Taipei (Taiwan) and Toulouse (France). Coffee lovers and local creators with strong ties to FabCafe gathered to have fun drawing!  I’m bringing you stories and drawings from all event locations.

[Tokyo] Excitement Grows as Over 50 People Gather Together! Over 150 Cup Drawings Are Born 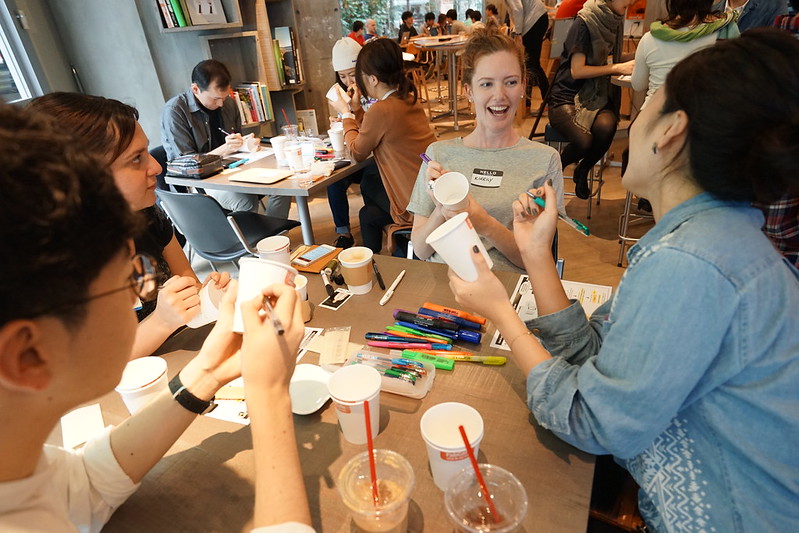 Opened in 2012, FabCafe Tokyo was the first ever FabCafe. Soon turning 4 years old, the cafe has become a community frequented people from all walks of life ranging from designers, artists and engineers to Shibuyas’s IT people and travelers.

FabCafe Tokyo invited Tokyo-based illustrator Mariya Suzuki Mariya Suzuk to participate in the event. Drawing To Go is a project originally started by Mariya who loves coffee and drinks coffee every day. Her artwork drawn on paper cups in various cafes around Tokyo has garnered media attention online. The event in Tokyo attracted over 50 participants who drew with Mariya. 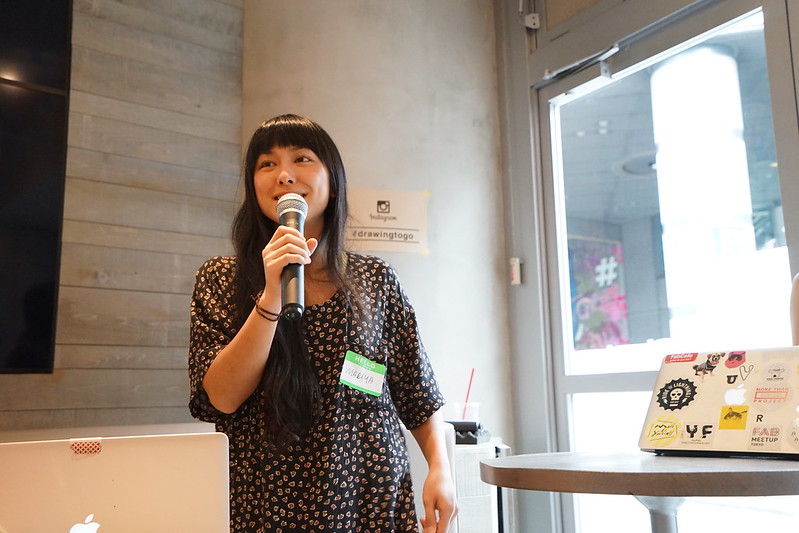 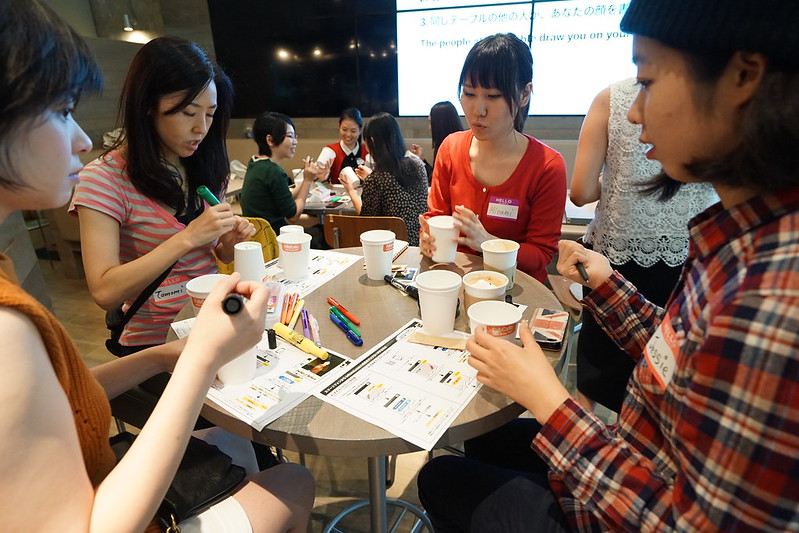 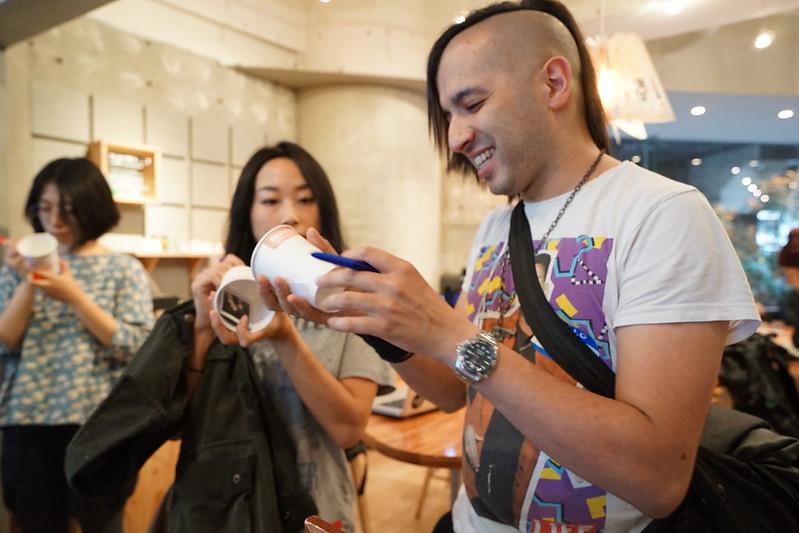 Over 150 paper cups were drawn on this day. The cups were put on display in the café alongside photos of the creators. Drawings by various artists embellished the space. 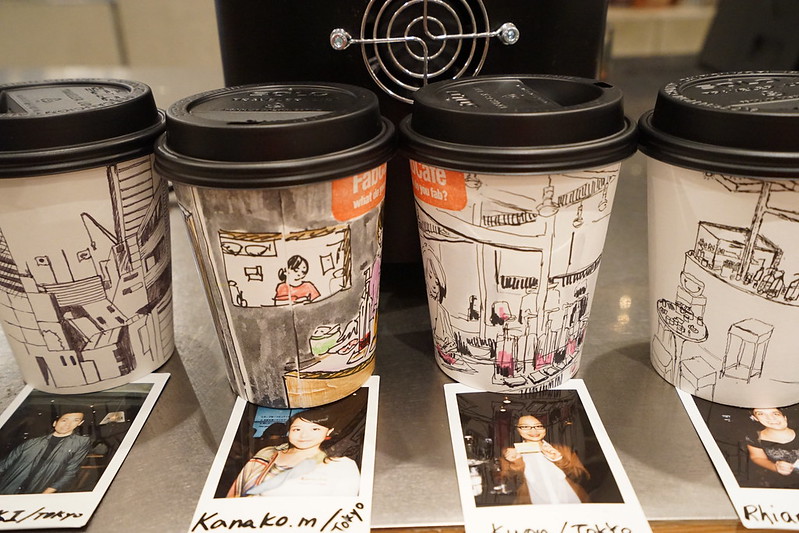 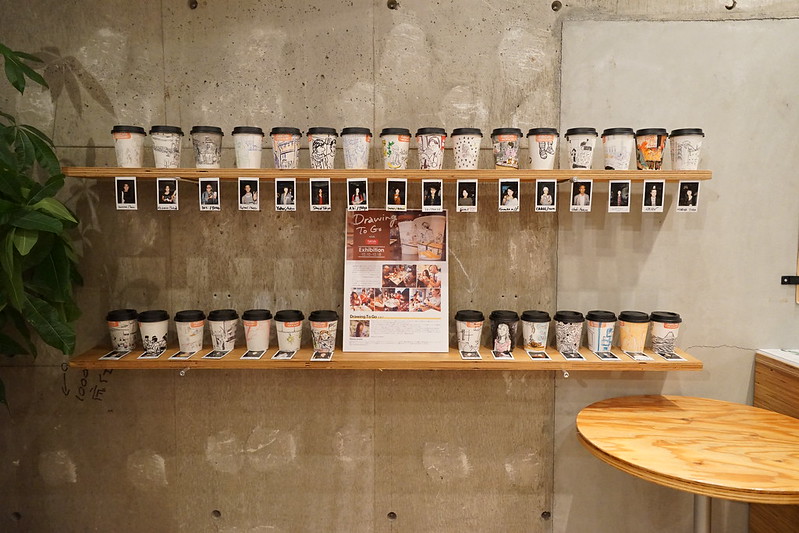 [Bangkok] Families and Tourists! 2 Days of Various People Drawing In and Outside the Cafe 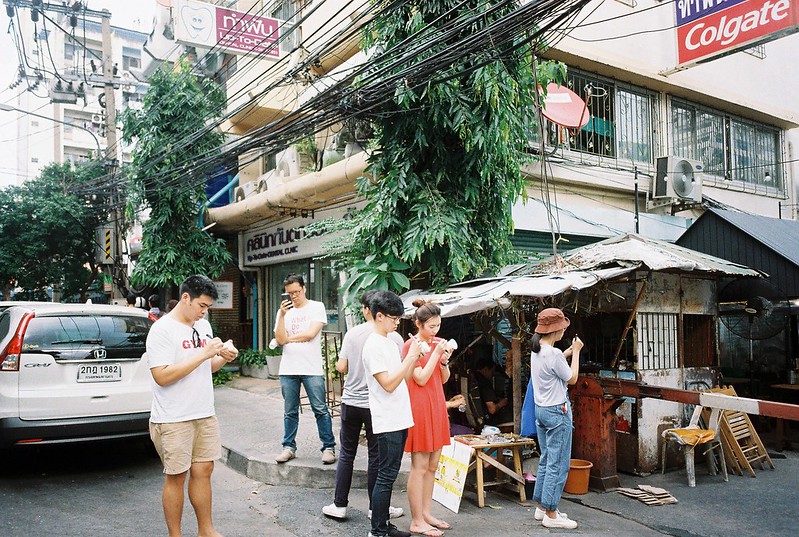 The event was held in FabCafe Bangkok featuring animator and designer Peerapat Kittisuwat. People enjoyed drawing for two consecutive days. Established by a crew including a university professor, FabCafe Bangok often hosts sports events and projects, and it is the FabCafe most visited by children. Today children and tourists also participated, going outside to draw the cityscape of Bangkok. 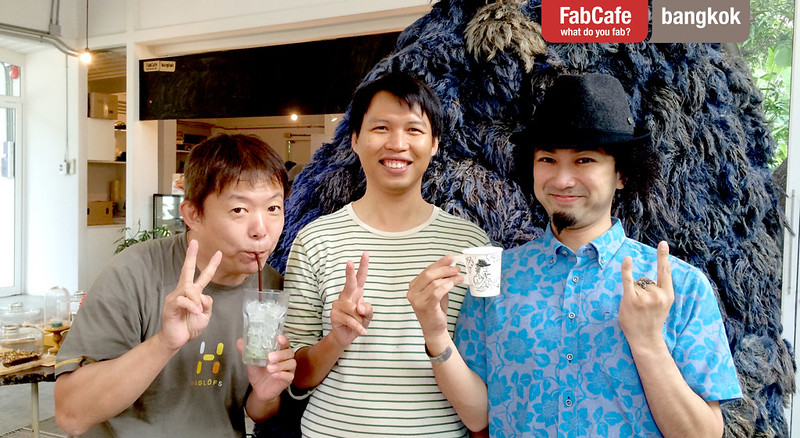 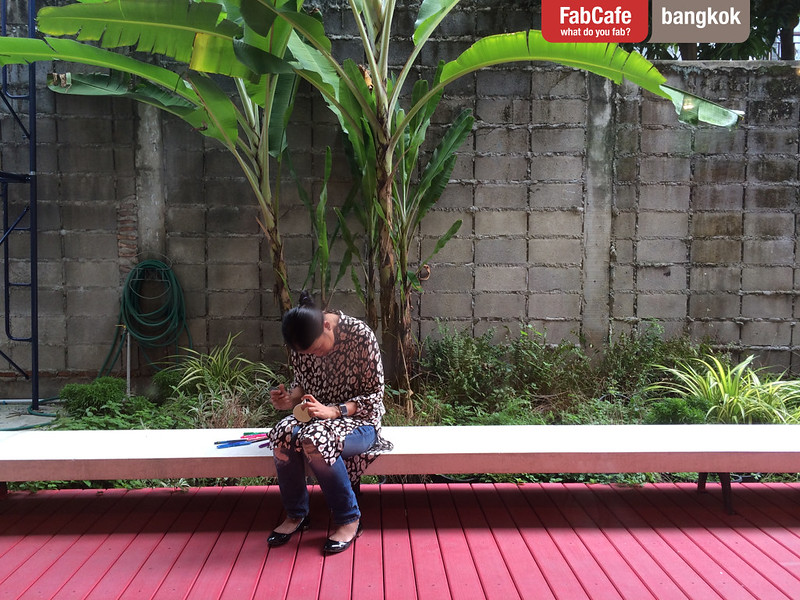 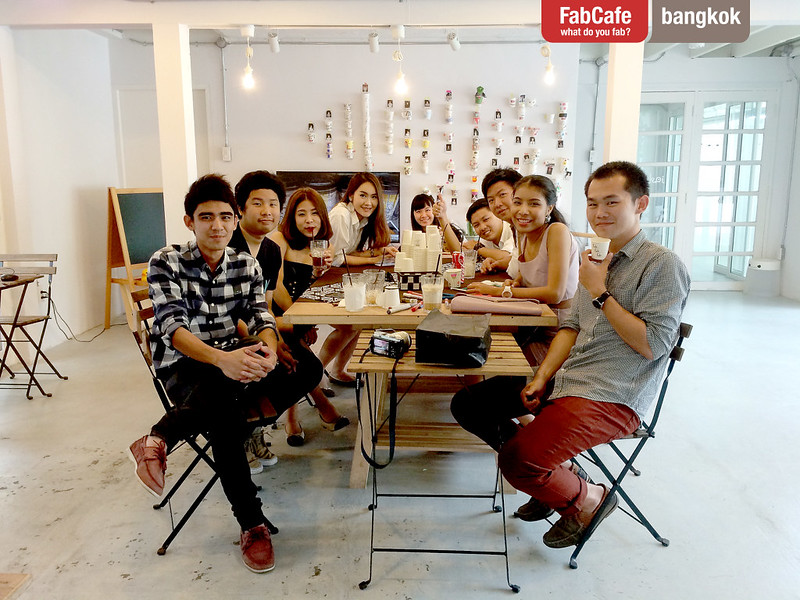 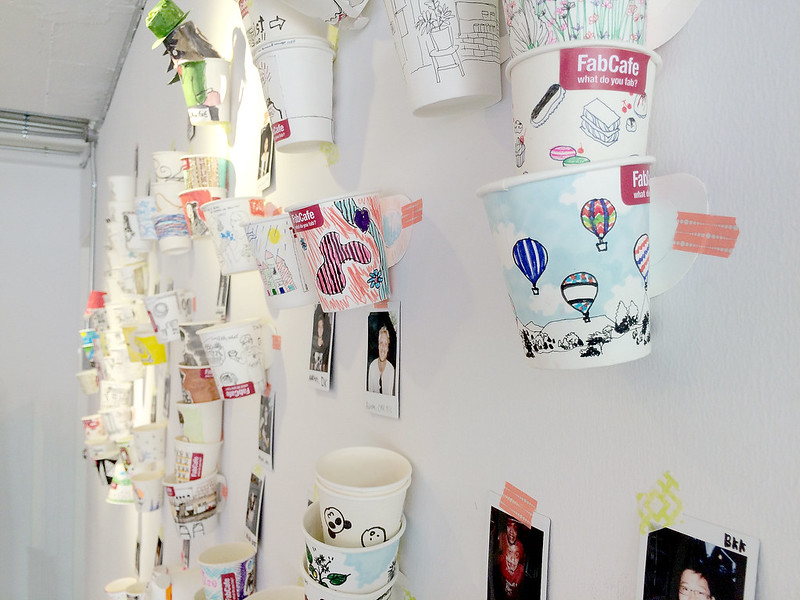 [Barcelona] Members of the Co-working Space MOB Gave It a Go! 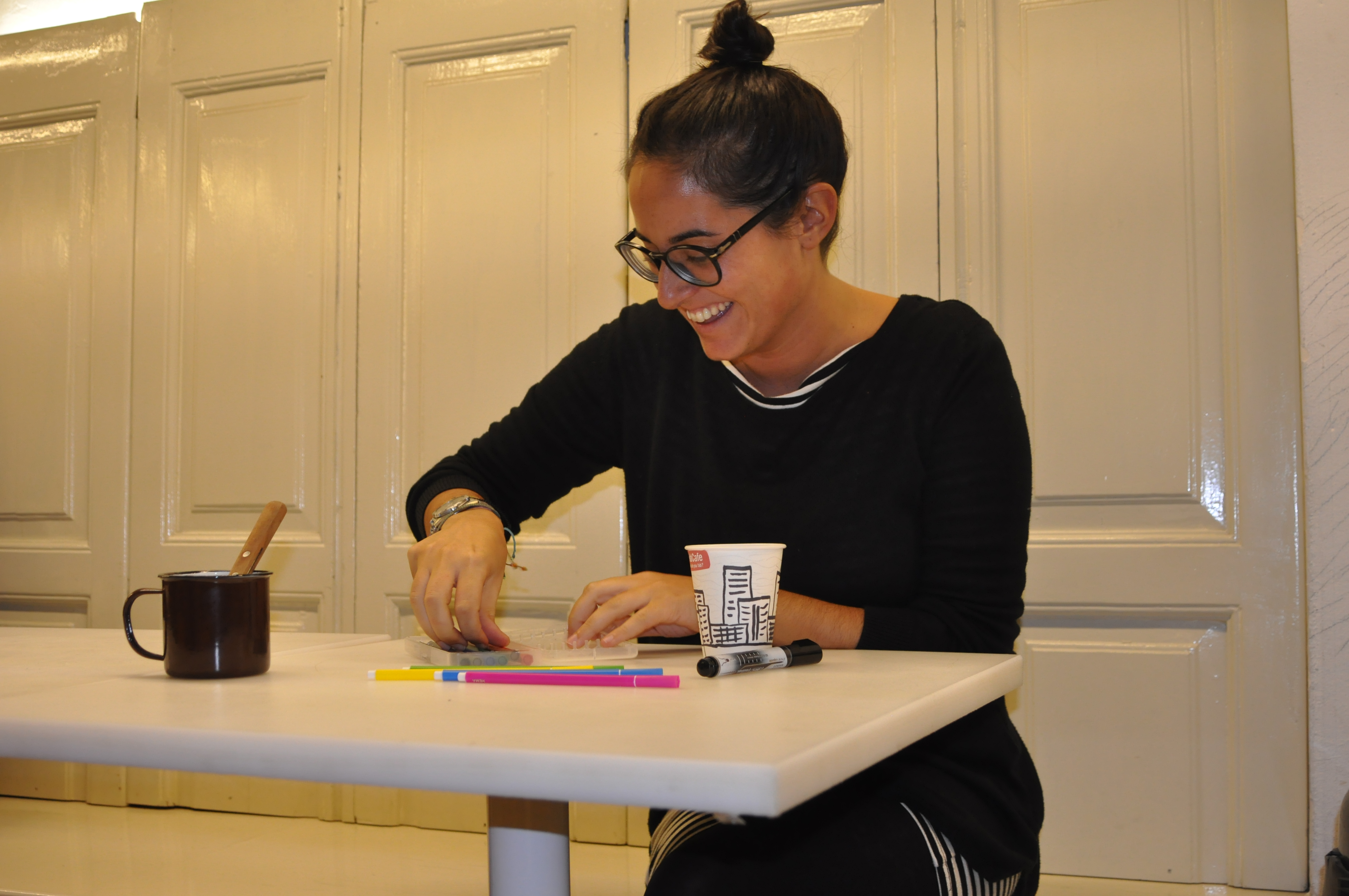 FabCafe Barcelona is attached to MOB (Makes of Barcelona), a coworking space frequented by designers and engineers. Opened in 2014, the café hosts inspirational workshops and events. Members of the coworking space also participated in Drawing To Go.。 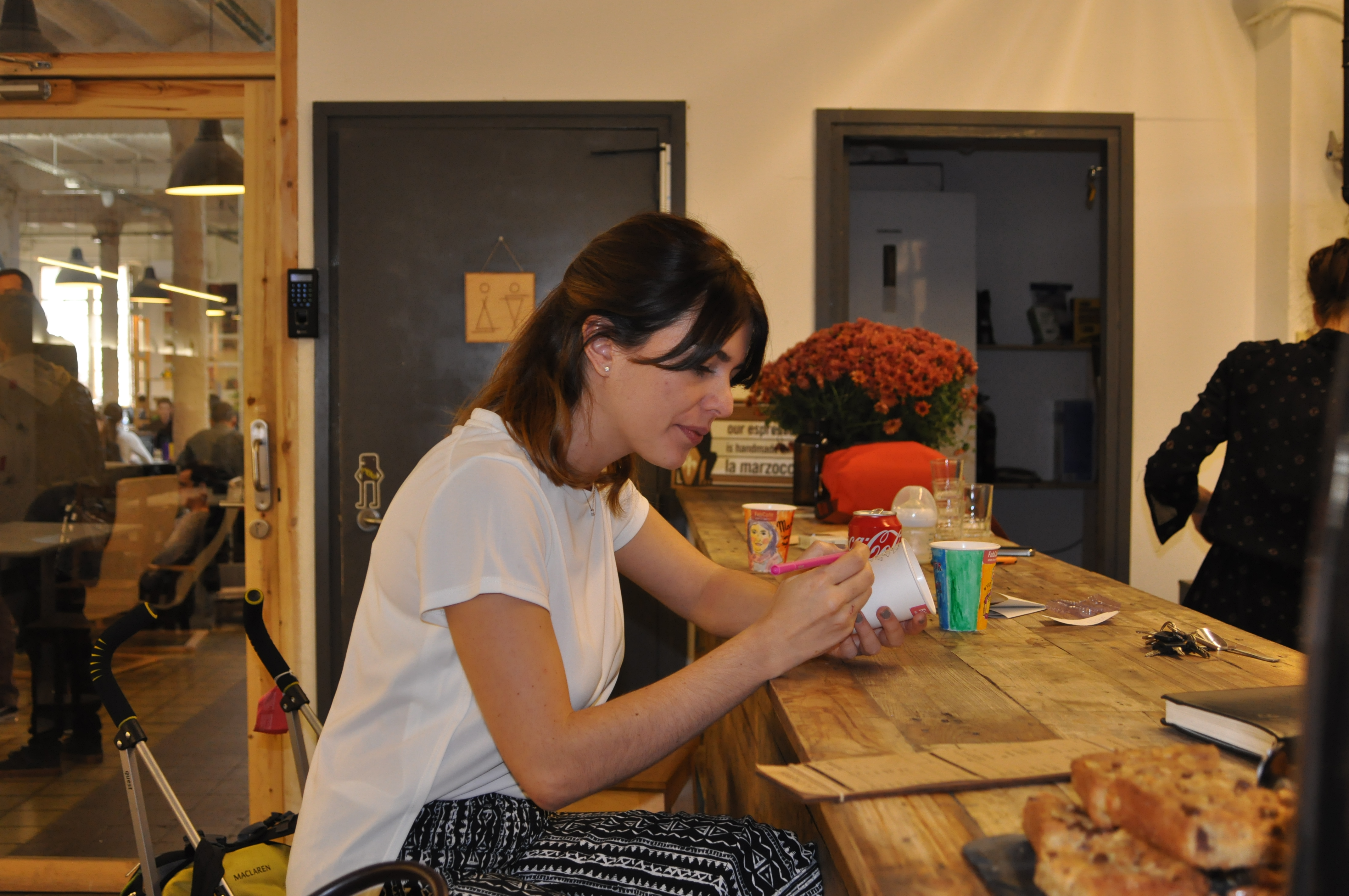 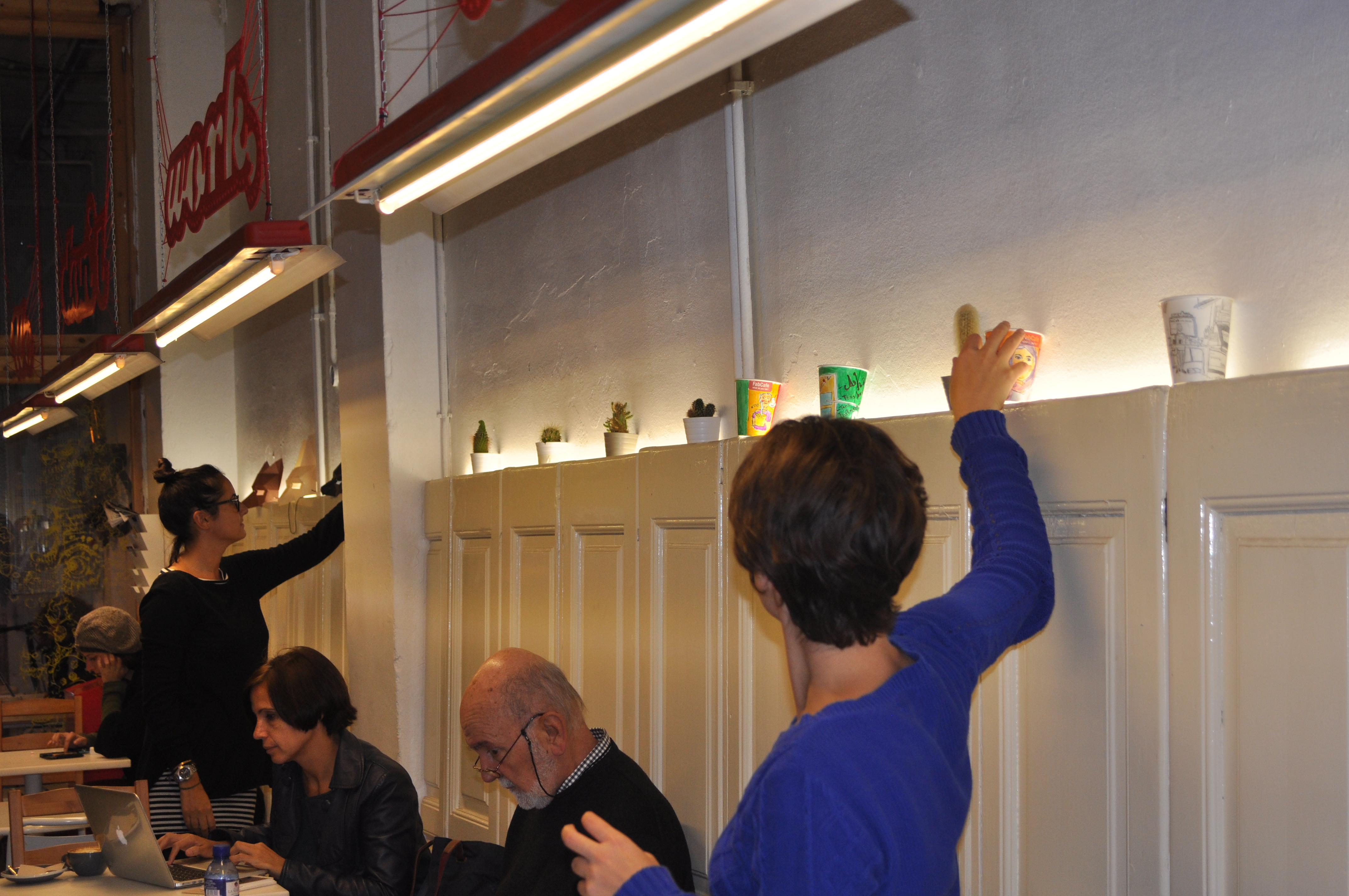 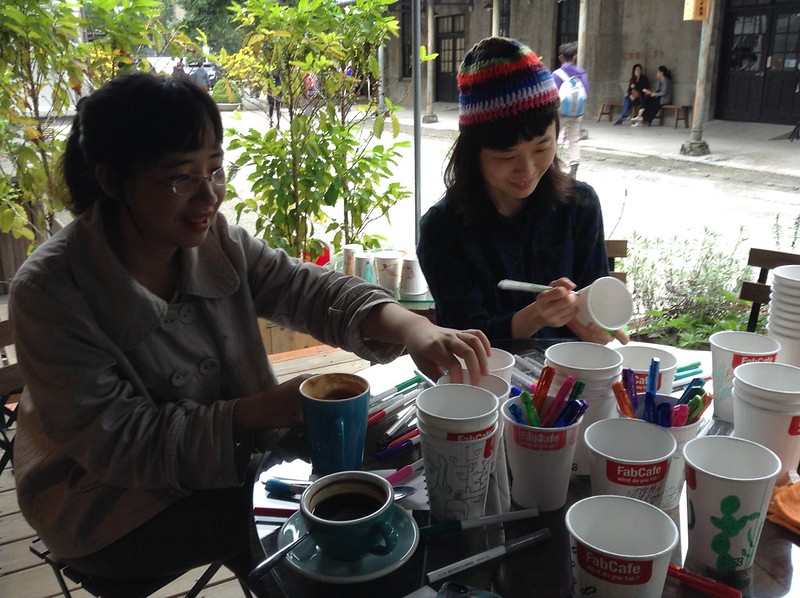 FabCafe Taiwan was the second FabCafe in the world, opened in 2013. The café hosted the event on the last day of October. Visitors drew together in the the cafe located in Huashan 1914 Creative Park, which used to be a winery established in 1914.The sturdy walls full of history, the antique tables and the scent of the surrounding greenery filling the air inspired all five senses as visitors let their pens dance. 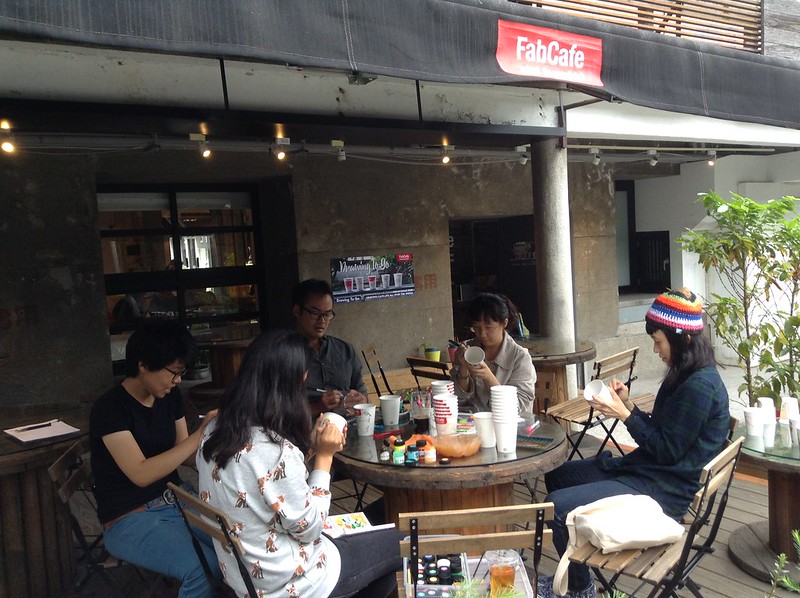 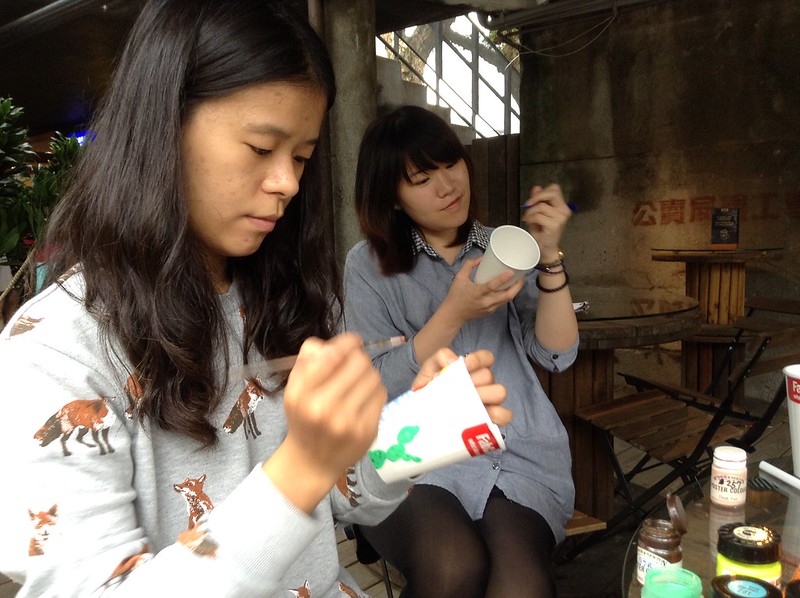 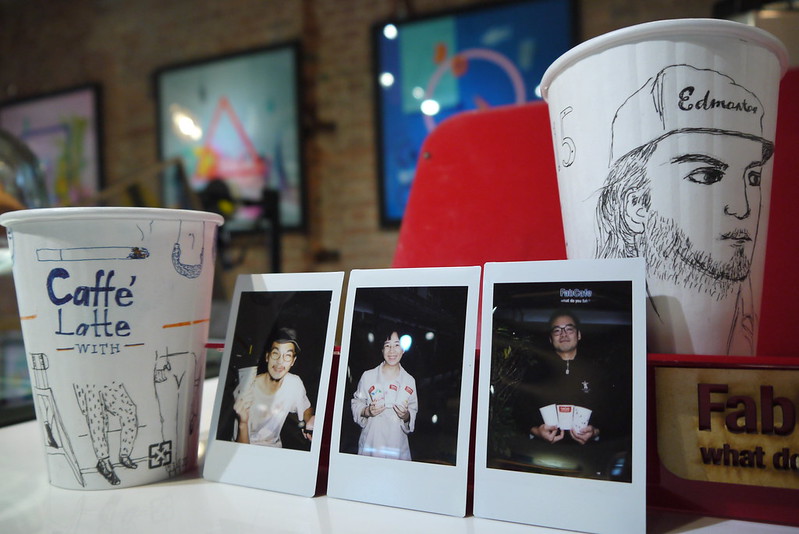 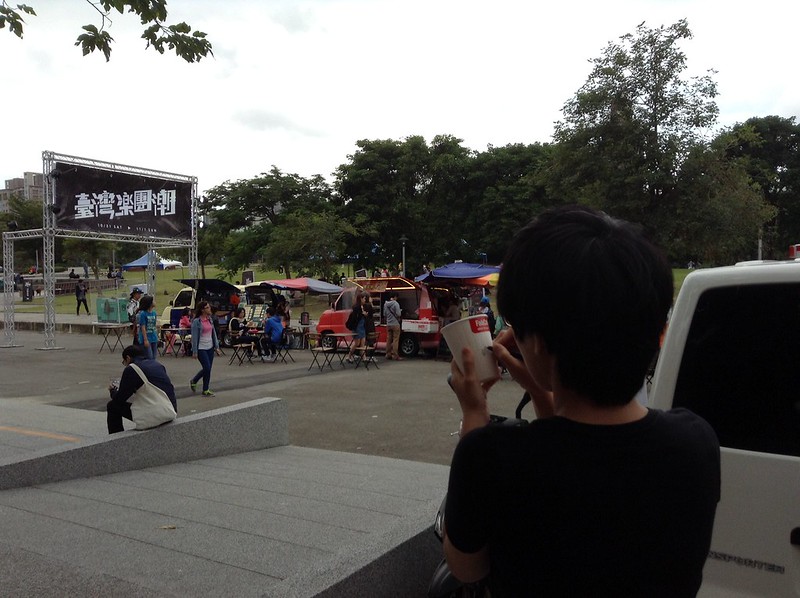 [Toulouse] Fresh from the Oven! Giving Drawing a Go in the New FabCafe! 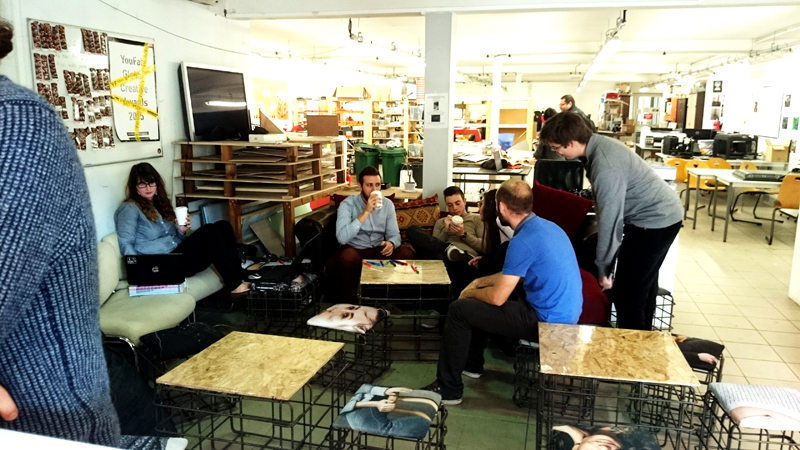 Newly opened in September this year, FabCafe Toulouse also hosted the event. FabCafe Toulouse is adjunct to FabLab with over 1000 members, and many engineers and designers visit it to take a breather. No words can describe the atmosphere created by the cups displayed in front of red lights. 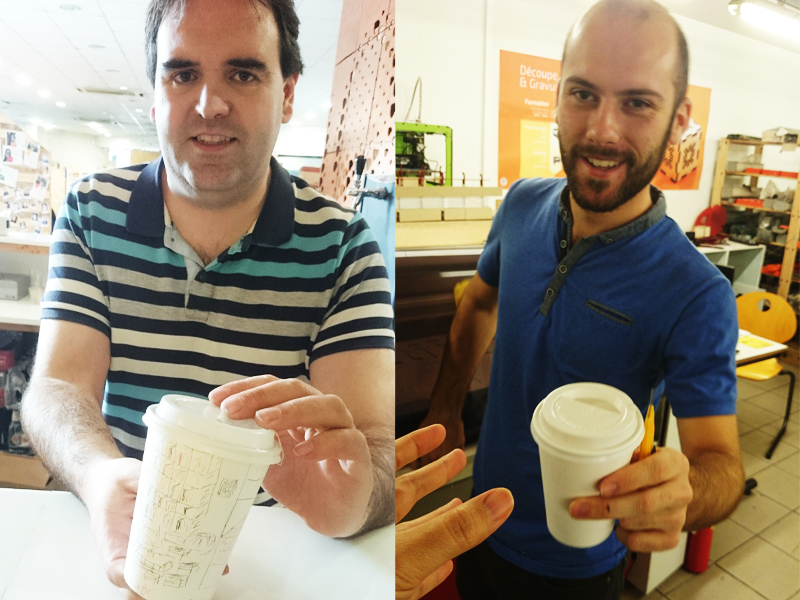 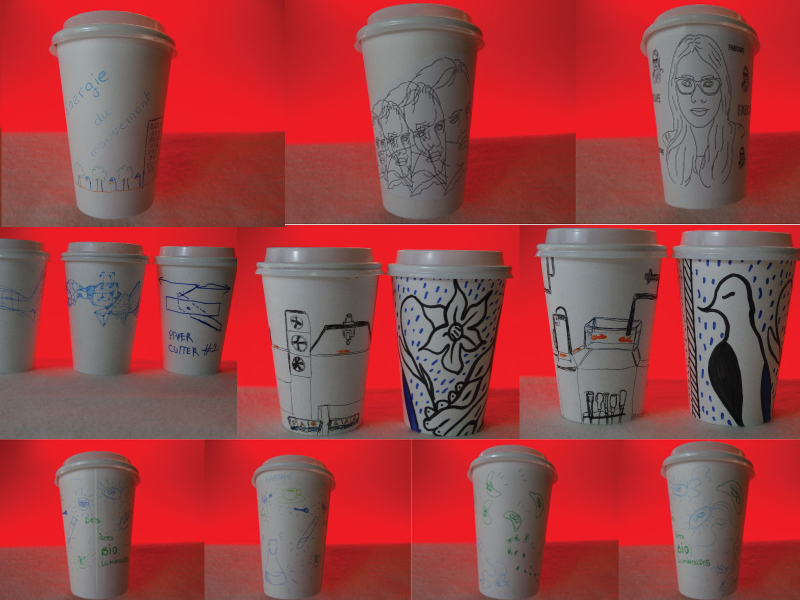 The Creative Communities Are Fun Because They’re Unique

Tokyo, Thailand, Spain, Taiwan and France – this project was held in locations far away from each other. Were you able to feel the uniqueness of each location? FabCafe is not a café chain where all branches conform to a norm; instead each café demonstrates the uniqueness that stems from the local history, climate and the creator community that gathers there.

FabCafe is a space for people to meet and connect, equipped with laser cutters, 3D printers and other digital devices. It aims to grow as a global platform using the creative communities of different countries and regions as its base while also serving as an easy entrance into creativity for anyone.

With “Design globally, Make locally” as its motto, FabCafe will continue to connect creative communities coming together in its branches in a global network, and provide interesting projects. Stay tuned!